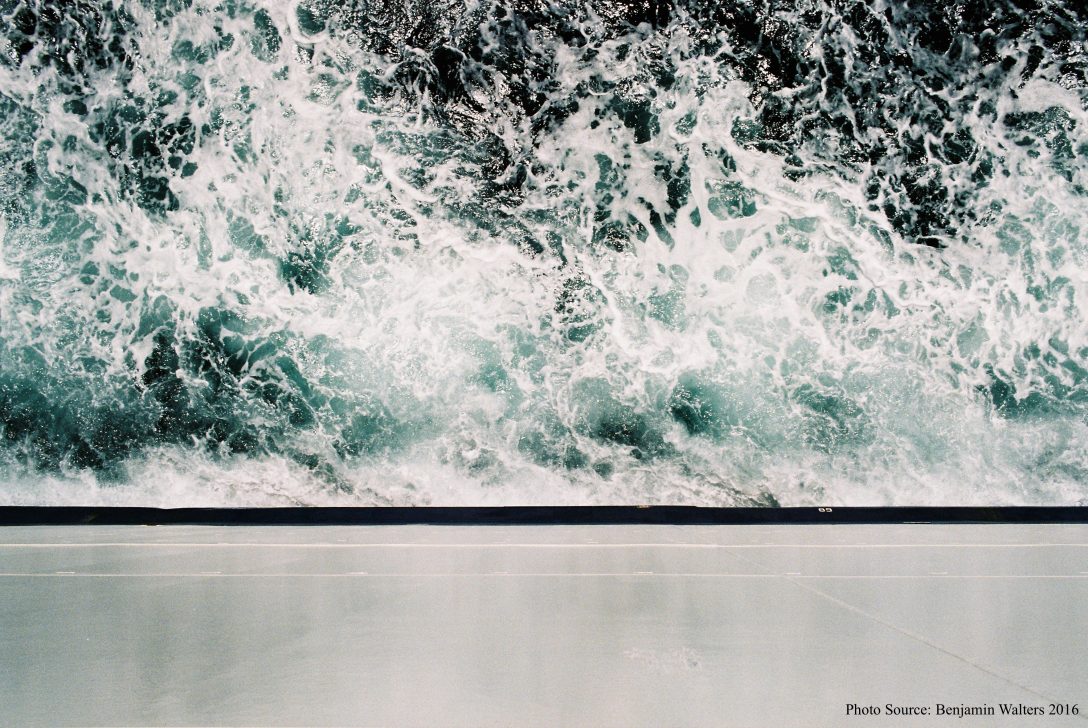 Josh Druery reflects on #auspol’s abysmal year on climate change, reminding us of the sobering reality of rising temperatures for small island nations like Kiribati.

The rise of One Nation has been a frightening, surprising and simultaneously entertaining development for Australian politics. Already Pauline Hanson has refused to partake of the Halal Snack Pack with Sam Dastyari and has slammed the ATO for installing squatting toilets as part of an inclusive workplace (despite Squatty Potty’s assertion that squatting actually helps relax the puborectalis muscle while you do your business – but I digress). Worryingly, Hanson has also recently called for the complete ban on Muslim immigration to Australia, a call for a regression to the White Australia policy that blighted our nation’s history over 100 years ago.

Malcolm Roberts, another of the four senators elected under the One Nation banner, has been making headlines of his own. On an August episode of “Q and A” Roberts more or less dismissed over 2000 reports of abuse in Nauru’s offshore detention centre because Hanson talked to a single security guard that used to work there. He also spent the majority of that program arguing that climate change was a myth fabricated by the UN and NASA. Roberts would not even be assuaged after distinguished scientist Brian Cox pulled out two graphs and a report from the Australian Academy of Science – he needed to be shown “the empirical data”.

While climate change skepticism is thankfully becoming a rarity among mainstream media, government policy is nowhere close to reflecting the depth of the problem we face as an international community. Part of the problem with the climate change debate is that it’s an inaccessible discussion for most people. It’s clear that many politicians also can’t see the relevance of these environmental changes. The Lancet has published two commissions on climate change and its impact on health to address this particular problem and put a human face on an often complicated science, informing both medical professionals and politicians in order to drive a more effective policy change.

One change that has become evident with a rise in global temperatures is an increase in the frequency, severity and duration of heatwaves worldwide. The less a country is prepared for a heatwave the more people it can affect, most often causing fatalities among the elderly. Somewhat less intuitively is the link between climate change and ocean acidification – both contribute to a reduction in agricultural produce as well as fishing. This increases the price and availability of food, a phenomenon known as food insecurity, and causes the greatest harm to the poorest and most vulnerable. Climate change will also increase the number of natural disasters around the world, including droughts, floods and long-term desertification in some countries. All of these factors push people out of their homes and the number of displaced people in the world will continue to increase.

To put this in perspective, the number of people who have been displaced from their homes and have nowhere safe to live is at an all-time high of 65.3 million.

Migrants moving because of environmental changes will most likely travel to poor neighbouring countries that are themselves struggling with climate change. Displacement also increases the spread of communicable diseases and malnutrition through overcrowded housing and limited access to safe food and water. Resources will no doubt be overwhelmed in these areas and access to healthcare will be little or nonexistent. Currently these environmental refugees have not been designated as “refugees” under the 1951 UN Refugee Convention and are therefore given no legal long-term protection under international law.

These trends are best explained by looking at some island nations in the Pacific as examples. Climate change is an immediate threat to Tuvalu, the average height of its islands just two metres above sea-level. It’s estimated that the island of Fongafale, which houses Tuvalu’s capital city Funafuti, will lose 20% of its land to temporary or permanent flooding by 2040. Successive Tuvaluan Prime Ministers have pleaded with the UN for action on climate change but have achieved little traction, in 2007 John Howard refused to meet with the Tuvaluan Prime Minister to discuss climate change at all. This is despite the fact that Australian institutions such as the CSIRO are currently doing climate change research alongside Tuvaluan centres. Cyclones are a semi-regular event in Tuvalu and between 1969 and 2010 a total of 33 tropical cyclones passed within 400 km of Funafuti causing flooding and storm surges that ruined crops and disturbed daily life. These cyclones are set to become less frequent but more intense with climate changes.

In addition to directly causing fatalities, large storms can also destroy fresh water supplies. Low-lying islands (atolls) such as those found in Tuvalu, Kiribati and the Republic of Marshall Islands rely on freshwater lenses, collections of freshwater that sit on top of denser seawater, for clean drinking water. When cyclones strike they can disturb these delicate freshwater lenses which take many months to recover.

A permanent loss of many water sources in Kiribati is now certain and the construction of desalination plants is one possibility the government is considering to increase its water supplies.

It’s estimated that the cost of desalination, to increase water supply by 1700kL a day in Kiribati, would be around 2.2 million USD per year between now and 2050. The funding for these plants would have to be donated by other countries as the current government is unable to afford to pay for these projects. If this funding isn’t found then all 110,000 inhabitants of Kiribati will have to consider resettlement and the country and culture of Kiribati will be all but lost.

It’s baffling that these problems are not more widely discussed in Australia given our proximity to and scientific collaboration with these nations. Climate change is often depicted as a concern of radical young people, a problem that isn’t severe or immediate. Unfortunately, this is clearly untrue. Climate change has already caused damage to many other countries but it poses little immediate threat to ours. The difficult truth in this debate is that climate change is a challenge of inequalities. Developed countries produce the overwhelming majority of greenhouse gas emissions and developing countries have to deal with the brunt of the consequences. When natural disasters hit these countries the most disenfranchised are hit the hardest. The world is not sticking up for the little guy.

To quote UN Secretary-General Ban Ki-Moon “there is no Plan B because there is no planet B”.

It’s high-time the Australian government took responsibility for the footprint that we leave and acknowledge that the problems it’s causing are enormous for other nations. In the meantime, we might chuckle at Pauline Hanson’s antics on the Australian political scene but she has real influence among the Australian public. The major parties will have to play ball with Hanson on a whole host of issues but entertaining the possibility that climate change does not exist is an inexcusable way to treat the largest global health problem of the century.

Referenced by this article and for further reading:

The views and opinions expressed in this article are those of the author and do not necessarily represent those of SUMS.